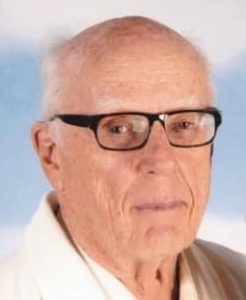 Bill is survived by his wife of 58 years, Janet Cecilia Papen Milo, and their children: Sandy Milo of Anaheim, California; Rebecca Hansen (Allen) of Castle Rock, Washington; Rich Milo (Davida) of Huntington Beach, California; and Kathryn Gibson (Tom) of Huntington Beach, California. He is also survived by seven grandchildren and eight great grandchildren. He was predeceased by his parents, George and Katherine (Ramsey) Milo of Montpelier, Vermont, and his brothers, George Milo and Tom Milo. Bill also has many brothers-in-law, sisters-in-law, nieces, and nephews with whom he enjoyed spending time. Bill loved to spend time with his large extended family.

Education was very important to Bill. After graduating high school, he enlisted in the U.S. army with the goal of attending college through the GI Bill. Upon his return from serving 18 months in the Korean War, Bill was discharged and achieved his goal by earning a Bachelor of Science degree in Electrical Engineering from the University of Vermont. The taste of warmer climates he was given in the army drew him to look towards the Southwest for a job, culminating in a move to Southern California where he’d soon get married and start a family. Bill demonstrated the love and respect he had for education to his children by earning an MBA from Pepperdine University while they were young, still working full time along the way, later leading to motivate each of his children’s own college degrees.

Bill worked in aerospace his entire career. The job he’d take in Southern California was as an electrical engineer for North American Aviation, later Rockwell International and now a part of Boeing. Just some of his accomplishments include several patents and programs on exhibit in the Smithsonian, research hanging from the ceiling of the National Air and Space Museum on the X-15 aircraft, and building the first digital fingerprint machine for the FBI.

Bill married Janet Papen at St. Boniface in Anaheim, California, on August 24, 1963. Jan and Bill enjoyed going out dancing together, which they continued to do well into their 70s. They had four children and lived in the same house in Anaheim for over 50 years. Bill and Jan enjoyed their home and neighborhood and attended church weekly at St Justin Martyr and St Boniface.  They spent many summers with their family traveling and exploring the country, usually by camping and visiting national parks in trailers and RVs, enjoying campfires, hiking, site seeing, fishing, and exploring. In retirement, Bill and Jan completed their world travels via plane trips and cruises covering all 7 continents. 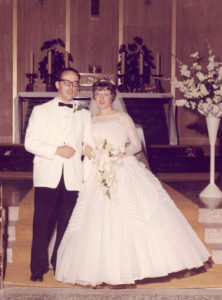 Bill was a positive staple of his community through his hobbies, volunteer work, and playful personality. He loved dogs and had them as pets as a child, when his kids were young, as well as later playing with his kids’ dogs — his “granddogs”. He enjoyed joking and being silly to entertain his and other children, including making them laugh at Mass, earning him the nickname “Grandpa Silly Billy”. His corner lot house was nearly a suburban farm when his kids were young between the rabbits, pheasant, and quail being raised in the backyard, beer brewing in the bathroom, and a thriving garden including an abundance of fruit trees. He helped lead an “Indians Guides” YMCA troop, including taking charge of “crafts” (weapons). At 40 years old he started running marathons (later triathlons), a running club at work, and running 5 and 10ks with his kids as well as bicycling events with his coworkers and son. He coached AYSO soccer and little league baseball for many years, beginning with local youth sports when he was single, then his own kids’ teams when they were young, and finally his grandson’s first soccer team. 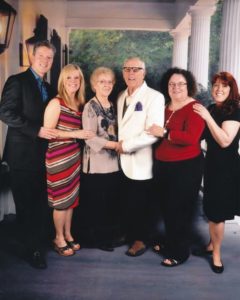 Along with his wife, Bill was very generous with his time and talent. When their family was young, they opened their home to a foster child for a year. Bill volunteered with charitable organizations such as St Vincent de Paul Society, Second Harvest Food Bank, and Halcyon Interfaith Shelter. He helped many of his family members, friends, neighbors, charities, and later his own kids over the years with home repair and construction. He was experienced in woodworking and construction, including electrical and plumbing. He maintained and fixed his own cars (even when his children caused the damage) and household appliances.

After retiring in his late fifties, Bill spent much of his time visiting extended family, volunteering, camping, fishing, golfing, and teasing his grandchildren. His love of education stuck with him through extensive reading and travel, providing knowledge of many topics, and Bill even worked to learn Spanish. He was a frequent golfer at his local course, Dad Miller in Anaheim, and became so well known by the employees and other regulars that he’d often spend more time talking than golfing. Bill enjoyed fishing with his kids and grandkids, or even by himself up in the Sierras. He participated in an annual “opening day” trout fishing trip with his son for many years, and multiple times won the “biggest trout” contest. It wasn’t enough to just fish and golf for Bill, he actually assembled his own custom rods and clubs — some of which are enjoyed now by his kids.

Funeral Mass will be offered at St Boniface Catholic Church in Anaheim, California, on Friday, September 3, 2021, at 10 am. Friends and Family are welcome. Bill was a man of science as well as a man of faith. Therefore, for the safety of all and to honor Bill, vaccination (except for those 12 and under), social distancing, and mask use (covering mouth and nose) will be required. 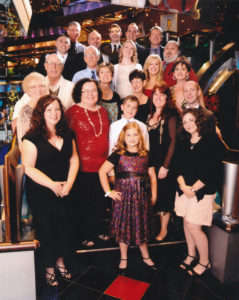